Indiana Teachers of Writing promotes collaborative inquiry into writing instruction, the work of writing students, and the classrooms that nurture writers.

ITW began in 1981 with five core university teachers. These early leaders, inspired during a 1980 meeting of the Indiana College English Association, received grants from the Lilly and from the Indiana Humanities Council to begin the organization and start the first conference. With the creation of the original black and white pen logo, the nation’s first K-college writing teachers’ organization began. It adopted a constitution, brought in new members to form a board, divided into committees, and instituted the Journal of Teaching Writing. IUPUI accepted a long-term affiliation with the organization and aided in supporting a professional staff for the journal studies briefly outlined below.

Through most of the twentieth century reading and writing had been viewed as separate activities. Writing was associated with an academic community focused on rhetoric while reading education came to be the study material of psychology. The creation of ITW was a response to a classroom emphasis of reading over writing in the late ’70s. Since the beginning, ITW has focused on writing issues from workshop teaching to writing process to writing evaluation to classroom routines and procedures that enhance writing opportunities.

The founding of ITW coincided with a controversy that continues today: phonics vs. whole language instruction for reading. This approach to literacy instruction had swept the nation dominating the teaching of early reading and writing in the classroom. However, this switch in teaching approach coincided with a drop in students’ reading scores (actually influenced by a variety of factors). Proponents of phonics argued direct cause-effect with low standardized tests of basic reading skills. Unfortunately, isolated skill testing became the norm. Holistic approaches required different and more intense scoring procedures, expensive in the minds of Indiana politicians.

Seeing the opportunity for inspiring young writers with their own work, ITW leaders joined forces early on with the Indiana Department of Education to develop a portfolio system. With this system, every significant project of the writer could be saved. The Indiana portfolio project was piloted and remained strong until the increasing use of computers rendered paper portfolios obsolete. Schools were unable to develop and manage digital systems because of inadequate resources.

As the Indiana accountability system moved towards standardized testing in the 1980s, ITW took a lead role in designing the writing portion of ISTEP (former state English exam). The vision of this writing assessment was that it would be a workable, holistic way of measuring writing performance. ISTEP then evolved into ILEARN and now  TIDE.  While standardized writing exams provide access to measurements of student performance, ITW has had to live with some of the undesirable consequences. Narrow writing prompts make grading fair and standardized, but they do not allow for creative thinking. Prompts list what an essay ought to contain and leave no room for what the writer wants to say. Teaching to the test depersonalizes education and hinders teachers in guiding the interests and potential of their young writers. Yet today, Indiana still lives with standardized writing performance tests that limit creativity and teaching.

ITW’s conferences have brought in a variety of topics and speakers to inspire the development of Indiana’s writing teachers. From TV personalities and radio hosts like Jean Shepherd to the engineer Ed Kline, the ITW stage has admitted a diversity of writers from various fields. Currently, ITW sponsors a fall conference and some years a winter workshop. It now focuses on bringing in expert practitioners to teach and coach fellow writing teachers.

In the late 1990s and the 2000s, the shift toward standardization, teacher accountability, and fewer resources challenged teacher professional development. Within ITW, college members began to drop as they perceived the organization directing its efforts more toward the high school and elementary teachers. The recession tightened the state’s education budget, and these problems were further enhanced in 2012 when Indiana again cut its teacher development funding.

These circumstances have forced ITW to reevaluate its programming. The annual spring conference started in 1982 and the fall pre-conference were dropped temporarily. The fall conference was shortened and moved to a weekend because teachers could not get subs for their classes. Despite the decreasing funds, ITW leaders made sure to keep subscription costs low so as not to burden members. However, despite economic challenges for teachers, ITW still drew over a hundred attendees for its 2014 conference. Since then, participation continues to grow at the fall conference. The 2017 spring conference had to close registration because of overwhelming response. ITW is growing its membership base again. The Board of Directors has recruited more writing teachers at all levels, encouraging participation by newer teachers to the profession. There is a resurgence of interest in the teaching of writing, and ITW is currently working with other statewide writing organizations regarding collaborative projects. 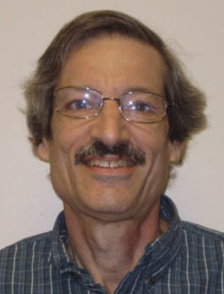 Steve Fox is Professor of English and Director of Writing at IUPUI. He also directs the Hoosier Writing Project, a site of the National Writing Project, which offers professional development for teachers of writing at all levels. Fox has been involved with ITW as board member and presenter since 1992. He will be on the board for a three-year term. 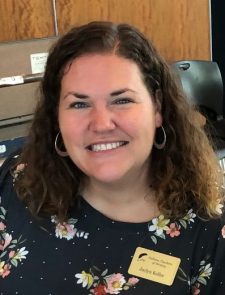 Jaclyn Keller teaches English and publications courses at Shelbyville High School, where she also serves as English department chair. She is a graduate of Hanover College and, before transitioning to teaching, wrote for the Spotlight and Johnson County Daily Journal newspapers. She is currently pursuing her Masters of English degree through IUPUI.

Heather King is Assistant Chair of the English Department and Associate Professor of English at Ivy Tech Community College—Indianapolis. She has been a Teacher-Consultant with the Hoosier Writing Project since 2011 and a campus representative to LEAP Indiana and AAC&U since 2015. Her current work focuses on student success initiatives, faculty mentoring, curriculum development and alignment, integrative learning, and promoting high-impact practices in general education. 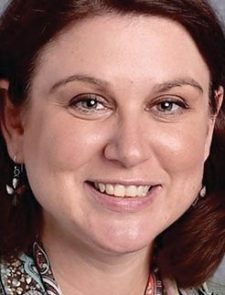 English as a New Language Representative

Amy Peddie has served Perry Township School for almost twenty years where I have taught English as a New Language, French, and Computer Applications, at both elementary and secondary levels. She leads the Department of English Learners and teaches intermediate English as a New Language classes. She is a member of INTESOL, was named Southport High School Teacher of the Year, and received the Chin National Day Teacher of the Year and the Human Relations Banquet Ambassadors Award in 2012. 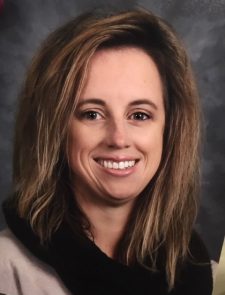 Stephanie Barrientos has been an educator since graduating from Butler University in 2003. She is currently a Humanities teacher and High Ability Instructional Coach at Zionsville West Middle School. In May of 2019, she will receive her Masters in Effective Teaching and Leadership from Butler. She strives to cultivate students who will use a love of reading and writing to impact the world and is passionate about teachers developing their own identities as readers and writers as well. 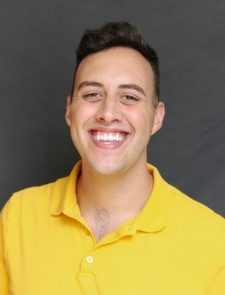 Paul Satchwill is a 5th year high school English teacher at Batesville High School. He also serves on the Batesville Area Arts Council as the social media chair, and works closely with local organizations and corporations on many community events and outreach programs. Paul has a collection of essays featured in Project 229: A Photographic Journey, a visual narrative telling the story of his community. Paul’s classroom focus is inclusivity and creativity, and working with students to create a community they can all be proud of. He will serve a one-year term. 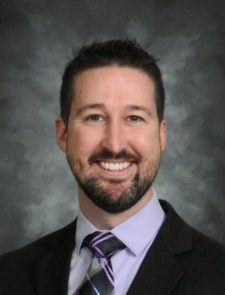 Ryan Batsie has been a secondary language arts teacher since 2003 and currently teaches at Zionsville West Middle School. He was also a part-time education professor at Indiana University from 2016-2018 and earned his Ph.D. in Literacy, Culture & Language Education from IU. He loves sharing current classroom experiences with future teachers to inspire the next generation of educators. As an avid reader and passionate writer, he cares deeply about literacy instruction in the state of Indiana and beyond. ITW has helped welcome him into a community of Hoosier educators who truly care about students. 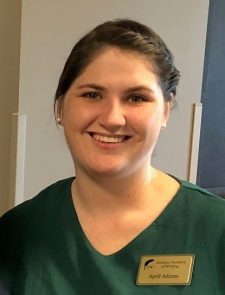 April Adams is a graduate of Butler University with a degree in elementary education and certifications in reading and English as a new language. After receiving her education April began her teaching career in Lawrence Township. April has taught third grade, worked as an interventionist with grade fourth through sixth, and is currently at Thomas Gregg Neighborhood School. She will be on the board for a three-year term. 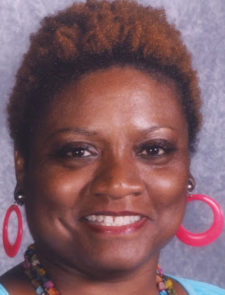 Temeka Lomax, a TC since attending the Summer Institute at IUPUI in 2000, has represented the goals and philosophy of the National Writing Project both as a classroom teacher and as a district-level trainer. Accomplishments such as securing an Urban Sites grant from the NWP to address equity in teaching and learning and organizing two mini Summer Institutes for the teachers at Pike High School, exemplify her unwavering support of educators through ITW. 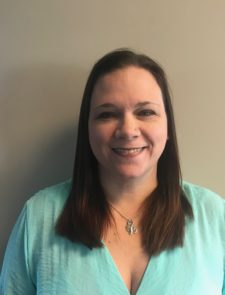 Kristi Walters is a special education teacher attending graduate school at Ball State University to obtain her Director of Exceptional Needs licensure. She is a graduate of IUPUI in elementary education with certifications in learning disabilities, mild mental handicapped, and mild interventions. She has presented at the Indiana Teachers of Writing in the past along with the National Council of Teachers of English conference. She currently teaches at Zionsville Community High School as a resource teacher and the special education department chair.